When the U.S.G.A. put its foot down with regard to driver clubhead size and spring-like effect, the question often came up, “Where are drivers going to go next?” Manufacturers seem to be meeting the challenge in innovative and imaginative ways. Ping is a company whose roots are all about standing apart from the crowd and employing different thinking. The Rapture driver is another feather in the cap of their storied design legacy.

I will be honest: When I first saw the first pictures of the Rapture, I thought it looked a little odd. The crown employs a technology which Ping refers to as “Web Crown Technology.” As you view the club from above, you can see areas of the crown that have been cut out and replaced by a composite material. Although manufacturers have been producing drivers and even fairway woods that employ composite crowns, this was Ping”s first foray into this design territory. I heard comments like, “Hey, its Spider-Man”s driver!” It is true- the look is unique, and Ping”s design execution is very original. The weight saved from the composite crown and rear sections of the head are re-distributed in the form of weight pads low and back in the head.

Ping has said the Rapture will launch higher and spin less than even their G5 driver. When hitting the two drivers side by side, the Rapture did indeed launch on a higher trajectory. However, the flight was very flat downrange and I got a good amount of roll-out once the ball landed. At a range I frequent, they use limited-distance balls to keep the balls from exiting the back of the range. They tend to spin a lot, and shots will often balloon into the air, resulting in balls staying within the range”s perimeter. With the Rapture, I could see a noticeable reduction in spin, even with these range balls, because they were easily exiting the back of the range. (Sorry- blame it on Ping!) This is not to say the G5 driver is a slouch in any way. It”s still a great driver. But the Rapture just takes the performance to that next level.

On the course, the Rapture”s performance was very impressive. Not only was I passing my typical landing points on my home course, but my drives tended to roll out a lot after landing. The combination of the long carry and ample rollout was impressive. The trajectory was mid-high and very strong. One aspect of the Rapture I really appreciated was how neutral the head is. The typical shot is dead straight, with no hint of built-in draw or fade bias. Whatever shot you want to play is up to you. While it is very neutral, I did find it somewhat difficult to “work” the ball with the Rapture- but only because it hit the ball so straight. 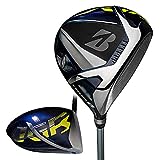 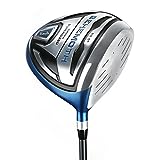 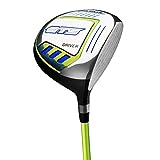 Now, pretty much any driver is going to shine these days with all the advances in technology when struck right on the sweet spot. The Rapture has one large sweet spot, and it”s pretty hard to miss. But should you be a little “off,” the Rapture is there to lend a hand. I really felt like I was getting away with better drives than I sometimes deserved with it. In other words, the forgiveness is perfect. You will know if you”re not quite in the center of the face by the sound and feel at impact. But directional stability- and especially distance- was very solid and forgiving on mis-hits.

Speaking of the sound and feel- It is very evident Ping took the task of creating a composite-titanium driver with the proper sound and feel quite seriously. The Rapture has a muted sort of “thwack” at impact. It is a soft feel, however, devoid of harshness. The sound is quiet, -almost deceivingly so. The smoothness of feel and the reserved sound at impact somewhat mask the sheer ball speed that is achieved with this club. It”s not until the ball is well down the fairway that you realize just how hot this club is. With so many 460cc drivers making such hollow and loud metallic noise at impact, the Rapture was a refreshing change, and it would seem Ping probably achieved everything they set out to accomplish with regard to the sound and feel of this driver.

My Rapture came fitted with the Aldila VS Proto 65 shaft. I found it to be a very complimentary performer with the Rapture”s head. It helped to keep the ball on a flat trajectory with enough height to maintain excellent carry yardage. The feel is stable, yet not at all board-like. It loaded and unloaded smoothly without any “snapping” sensation through impact. My one bone of contention with Ping drivers, starting with the G2 series, is the length of the shafts. At 45.75 inches, it is a good three quarters of an inch longer than many drivers on the market. Longer shafts are harder to control for most of us. While it might afford us a few extra yards on those perfectly-struck shots, the misses can also be a few more yards off line with these longer shafts. For a company whose mantra is about helping people to play better, I hope Ping will re-think this approach in the future. Until then, Ping”s WRX (“Ping Works”) custom division is available to make special order requests for shorter lengths if you so desire.

Ping has long been known for their irons and putters. With each new release of their drivers, more and more people are now associating Ping drivers with the top-performing drivers on the market. Already successful with their G5 series drivers, Ping has taken that next step in performance and technology. With high launch and low spin, incredible ball speed off the face, and a hot yet “muted” feel and sound, the Rapture is an all around joy to hit. It provides plenty of forgiveness for an unforgiving game. Test drive one, and find out what it feels like to experience Rapture.